Be connected: God / self / world
3 Comments

Posted by bobtraupman on July 8, 2009 in Uncategorized 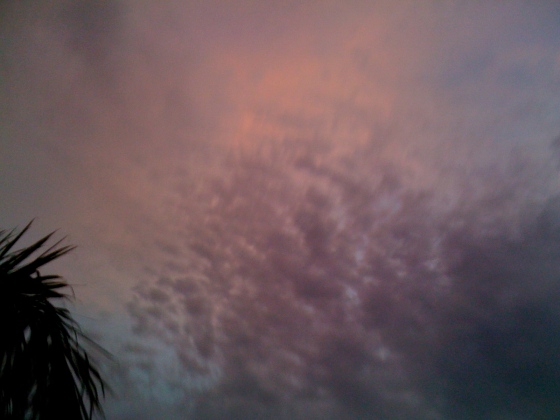 I was very sad about the Michael Jackson story last week.  I pray for him.  He had a lot of suffering in his life.  But I wonder how much of it was redemptive.  I was sad for other reasons, though. I want to share with you an excerpt of a fine piece of writing by Jamie Manson whose blog appears weekly in the National Catholic Reporter.  I agree with it 100%.  She says it clearly:

“Celebrity culture, it seems to me, has become our religion. It is unreality posing as reality. It devours our attention and shapes our values and concerns. It has a unique power to move us and propel us toward action. Sometimes it even helps mold our consciences. We donate to a cause if “American Idol” has decided to “give back” to it. We become interested in Darfur because George Clooney insists on it. When Oprah made a documentary about building a girls’ school in South Africa, millions were moved by her generosity. And who has been a greater promoter of Kabbalah spirituality in its centuries-old history than Madonna?

As much as I appreciate celebrities who use their enormous power for the good, I cannot help but be troubled by their capacity to dominate our minds and hearts. They lift us up in frenzy of concern that seems to fade as quickly as it erupted. Celebrity culture is fickle and faddish, and very often the social awareness the celebrities promote suffers the same fate. Remember Jackson’s “We Are the World/ USA for Africa” project that set out to end famine in Ethiopia? He received an extraordinary amount of celebrity support and a mega-hit was born from it. Sadly, 25 years later, the situation remains the same in that region of the world.

So, for this week at least, Jackson is the object of worship and veneration in our cult of the celebrity. The heightened sense of loss suggests that we are so hungry for meaning, for some sense of the sacred, that the moonwalk and an epic music video are being spoken about as if they are sacraments.

But what I believe fuels our obsession with celebrities most is not their artistic or philanthropic contributions — or even their scandals — but their fame which serves as a symbol of our own deep desire to be known. Our preoccupation with them is in many ways a mark of our own yearning to be well-known. As communities decline and the act of socializing becomes more isolated by communication devices and social networking sites, we become less and less present to one another. This is why, I believe, sites like Twitter are so popular. We are so anxious to be recognized, that we feel the need to tell our every move to anyone willing to read about it. Unfortunately, this does not create the quality of presence that feeds the spirit and leads us into more intimate levels of knowing and being known.

Our country’s preoccupation with Jackson’s death this week illuminated for me the role of celebrities in our society: they are cultural golden calves that distract us from being present to one another and from recognizing the sacred working in our midst. Our cultish attachment to celebrities reveals the pathos of our culture. In our obsession with them, we are at once crying out for attention and being distracted from those realities that are most in need of our authentic presence. At its core, it suggests that we are hungry for meaning that no other cultural entity seems to be willing or able to make for us. We are starving for presence and looking towards American idols to offer us a fantasy of being known and a diversion from the challenge to know more deeply.

Jamie Manson received her master of divinity degree from Yale Divinity School where she studied Catholic theology, personal commitments and sexual ethics with Mercy Sr. Margaret Farley. She is the former editor in chief of the Yale magazine Reflections, and currently serves as director of Social Justice Ministries at Jan Hus Presbyterian Church, working primarily with New York City’s homeless and poor populations. She is a member of the national board of the Women’s Ordination Conference.